Arisaema triphyllum (Jack-in-the-Pulpit, Bog onion, Brown dragon, Indian turnip, Wake robin or Wild turnip) is a herbaceous perennial growing from a corm. It is a highly variable species, ranging from green on the spathe to deep purple. Grow it in the humus of rich woods, shaded form the hot sun. The species does poorly in heavy clay soils. Grown from seed, it takes four to five years to flower.

Arisaema triphyllum, commonly called Jack-in-the-pulpit, is a spring woodland wildflower usually growing 1- 2' tall. The flower structure consists of the spadix (Jack) which is an erect spike containing numerous, tiny, green to purple flowers and the sheath-like spathe (pulpit) which encases the lower part of the spadix and then opens to form a hood extending over the top of the spadix. The outside of the spathe is usually green or purple and the inside is usually striped purple and greenish white, though considerable color variations exist. Two large green, compound, long-petioled leaves (1-1.5' long), divided into three leaflets each, emanate upward from a single stalk and provide umbrella-like shade to the flower. The fleshy stalk and leaves lend an almost tropical aura to the plant. Flowering plants initially produce only male flowers, but become hermaphroditic as they further age (male flowers on upper part of spadix and female on lower part). Most plants in a colony will vanish by mid-summer (become dormant), but the mature, hermaphroditic flowering plant will produce a cluster of red berries in mid to late summer which becomes visible as the spathe withers. Roots contain calcium oxalate (same chemical as in Diffenbachia or dumb cane) and are poisonous (and a serious throat irritant).

The genus name comes from Greek words aris meaning arum and aima meaning red in reference to the red-blotched leaves found on some individuals. 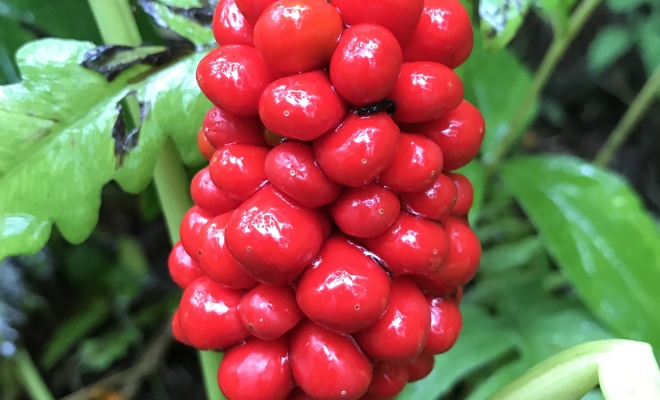 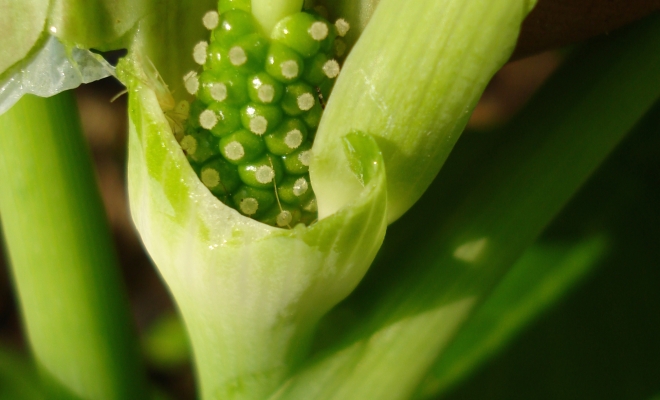 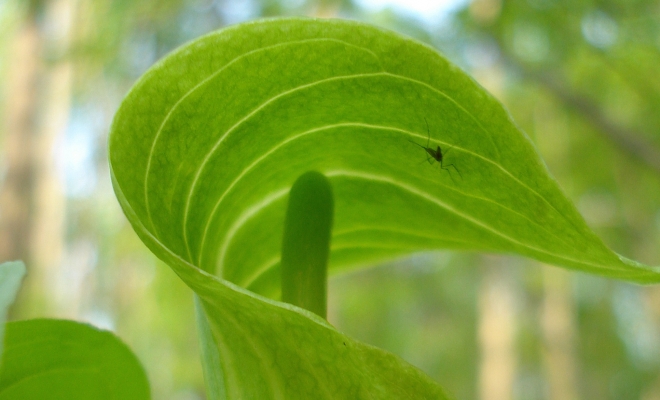 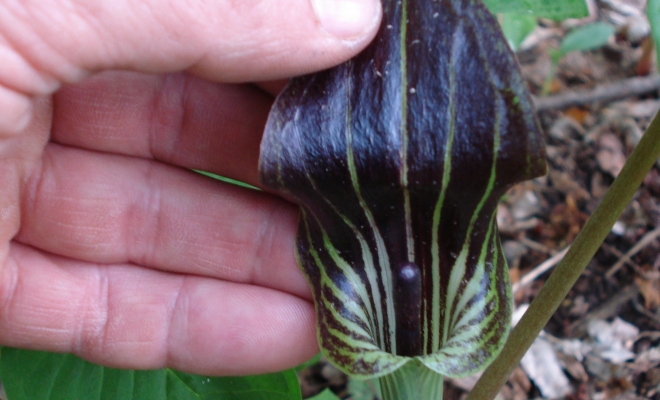