Asimina triloba, the pawpaw, paw-paw, or common pawpaw, is in the same plant family (the Annonaceae) as the custard-apple, cherimoya, sweetsop, ylang-ylang and soursop. The pawpaw is native to the Eastern, Southern, and Midwestern United States and adjacent southernmost Ontario, Canada, from New York west to eastern Nebraska, and south to northern Florida and eastern Texas. The pawpaw is a patch-forming (clonal) understory tree found in well-drained, deep, fertile bottom-land and hilly upland habitat, with large, simple leaves and the largest edible fruit indigenous to the United States.

Asimina triloba is a large shrub or small tree growing to a height of 35 feet (11 m) (rarely to 45 feet or 14 m) with a trunks 8-12 inches (20–30 cm) or more in diameter. The large leaves of pawpaw trees are clustered symmetrically at the ends of the branches, giving a distinctive imbricated appearance to the tree's foliage.

The leaves are simple, alternate and spirally arranged, entire, deciduous, obovate-lanceolate, 10-12 inches (25–30 cm) long, 4-5 inches (10–13 cm) broad, and wedge-shaped at the base, with an acute apex and an entire margin, with the midrib and primary veins prominent. The petioles are short and stout, with a prominent adaxial groove. Stipules are lacking.  When bruised, the leaves have a disagreeable odor similar to a green bell pepper. In autumn the leaves are a rusty yellow, which make spotting pawpaw groves possible from a long distance.

Pawpaw flowers are bisexual and perfect (all flower parts present), about 1-2 inches (3–5 cm) across, rich red-purple or maroon when mature, with three sepals and six petals. They are borne singly on stout, hairy, axillary peduncles. The flowers are produced in early spring at the same time as or slightly before the new leaves appear, and have a faint fetid or yeasty smell.

The fruit of the pawpaw is a large, yellowish-green to brown berry, 2–6 in (5–16 cm) long and 1–3 in (3–7 cm) broad, weighing from 0.7–18 oz (20–500 g), containing several brown seeds 1/2 to 1 in (15–25 mm) in diameter embedded in the soft, edible fruit pulp that tastes like a cross between bananas and pineapple, but the seeds are very large. The conspicuous fruits begin developing after the plants flower; they are initially green, maturing by September or October to yellow or brown. When mature, the heavy fruits can bend the branches down. 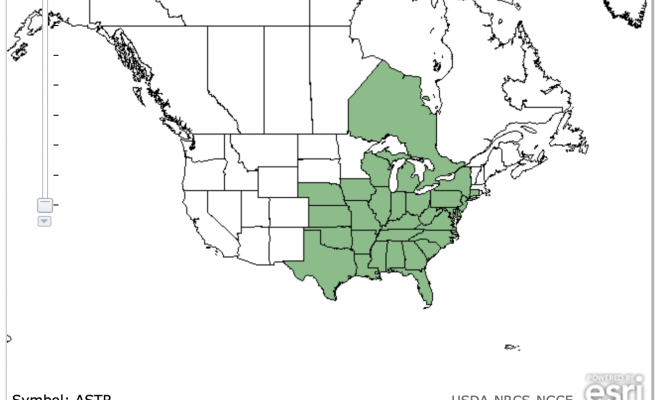 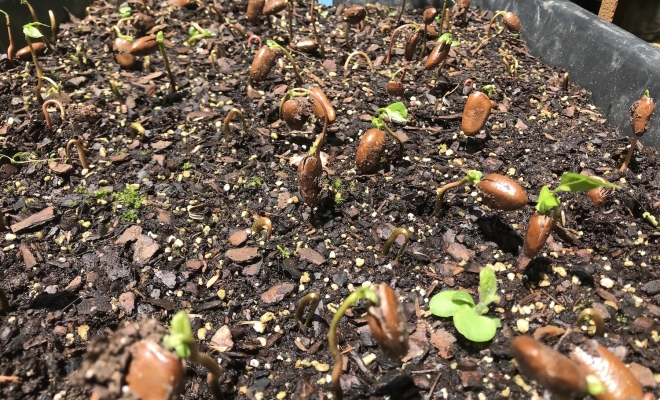 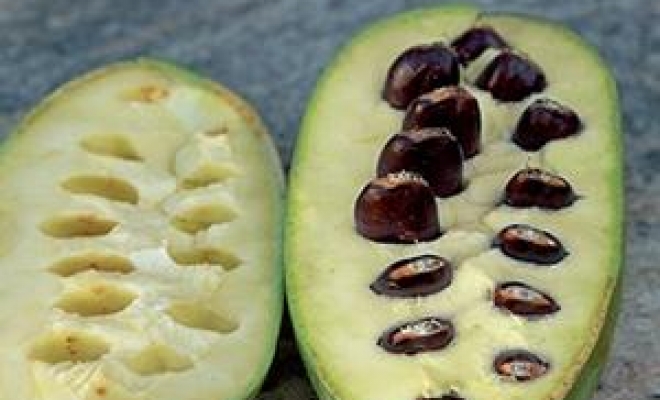