Kingsville Boxwood, Buxus microphylla var. compacta ("kingsville") was discovered by Henry Hohman of Kingsville Nursery in Maryland.  He introduced "compacta" to the nursery trade in the early 1900's.

It makes a beautiful statement in the small garden, or as a row of small, compact border plants. Around Westminster Abbey in London, 100 year old plants are purportedly 16" high and 4' wide. I have not confirmed this, but ours are 10" high and 20" wide after 30 years. After many years, it developes a mounding habit.  Obviously, with growth of 1/2 inch per year or there-abouts, it's growth is rather easy to guide and control.

For bonsai, it is unique among boxwoods for its densly packed, shiny evergreen leaves that are dark and turgid, mostly 1/4 inch long. As a bonsai specimen, Kingsville Dwarf Boxwood is one of the most sought after members of the "Buxus" family. It features dark green, tiny leathery leaves, dense growth habits and rough bark which are all the features that make it a good bonsai subject. Branches grow horizontally making it look like a miniature version of a 100 year old shade tree.

It does not appear to be susceptible to any of the boxwood blights and is hardy to zone 5. 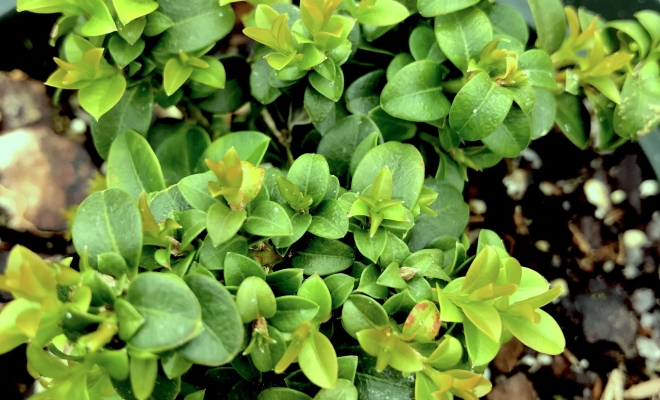 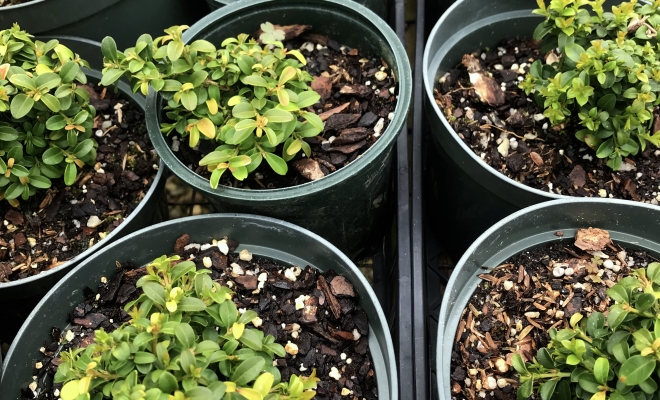