Morus rubra, commonly known as red mulberry, is a medium sized, upright spreading to rounded, deciduous tree that typically grows to 35-50’ (less frequently taller) tall. It is native to rich woods, bottomlands and wood margins from Massachusetts, southern Ontario and Minnesota south to Florida and Texas. It typically occurs in woodlands, rocky places, pastures, fields and along roads. It is noted for its often lobed leaves, milky sap, reddish-brown bark and edible fruits. Trees can be monoecious (both male and female flowers on the same tree) or dioecious (separate sexed flowers on diffferent trees). Ovate to oblong-ovate, toothed, usually dark green leaves (to 5” long) have heart-shaped bases. Leaves can be quite variable, however, ranging from unlobed to deeply lobed and from rough-textured to glabrous on the upper surfaces. Lobed leaves are more frequently found on new shoots and unlobed leaves are more frequently found in tree crowns. Leaves turn yellow in fall. Unisexual greenish flowers in small catkin-like spikes appear in early spring with male and female flowers usually appearing on separate trees (dioecious). Trees with only male flowers obviously never bear fruit. Fertilized female flowers are followed by sweet blackberry-like, edible fruits (to 1” long) that are reddish to dark purple in color. Fruits are deliceous, sweet and juicy and may be eaten off the tree. Fruits are also used for jellies, jams and wines. Fruits are not commercially sold because they have very short shelf lives and ship poorly. Fruits are very attractive to birds.

Whiteflies mass on some trees. Don't fertilize, or bacterial blight may kill some foliage/branches.  Watch for scale, mites and mealybugs. If you like sweet fruits, though, his tree is worth it.  Whille the introduced white mulberry often has similar black berries, they pale in comparison to the size and flavor of our native species.

Female trees are often considered undesirable in urban areas because the fruit can stain pavements, automobiles and areas around the home, though they will eventually be washed off.

This is not the invasive Asian white mulberry that has smaller less tasty often purple berries. 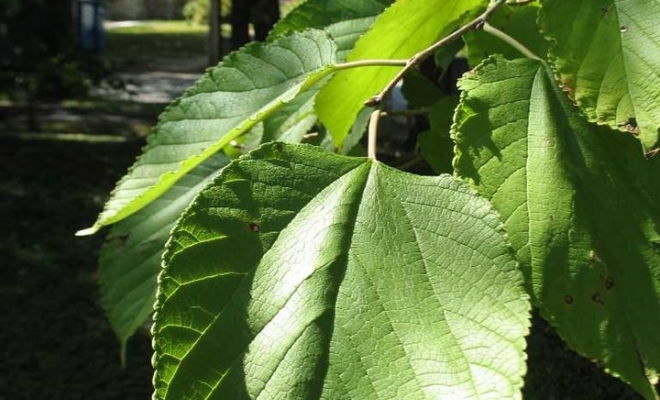