Panax quinquefolius, commonly called American ginseng, is native to but now rare in most of it's range. It is an erect perennial growing to 10-15" tall. Each plant has three long-stalked, horse-chestnut-like, compound leaves. Each leaf has 5 (infrequently 3) toothed, pointed, elliptic-obovate leaflets to 5" long. A solitary umbel of small yellowish-green to greenish-white flowers arises on a long stalk from the central leaf axil in late spring to early summer. Flowers are mildly fragrant but not particularly showy. Each flower umbel gives way to a cluster of red berries. Roots are thick, aromatic and swollen in the middle. Roots of the native Chinese species (Panax ginseng) have been used medicinally in China for centuries. As demand for ginseng roots in China began to exceed supply, export of this American species to China began to occur. American ginseng has unfortunately become endangered or in some cases extinct in the wild in most of its original eastern to Midwestern North American range due to over-harvesting of its roots. American ginseng is now sometimes commercially grown in the U.S. for export.

American ginseng is said to be a stress reducer, energizer and a normalizer.  It has been traditionally used to negate the effects of fatigue and stress. It’s often used as a general health tonic to enhance a person’s mental and physical performance.

The genus name comes from the Greek word panakes meaning all-healing or a panacea for its reported aphrodisiacal and medicinal uses.  The species epithet means five-leaved.

It is best grown in moist, fertile, organically rich, medium moisture soils in part shade to full shade. Soils should not be allowed to dry out. DO NOT DIG PLANTS FROM THE WILD. This species is endangered. There are no serious insect or disease problems, except voles which will dig them up.

An interesting and increasingly rare native plant for shade areas. It is best in herb gardens, native plant gardens, woodland gardens or shade gardens. Generally not grown in borders due to lack of sufficient ornamental interest. 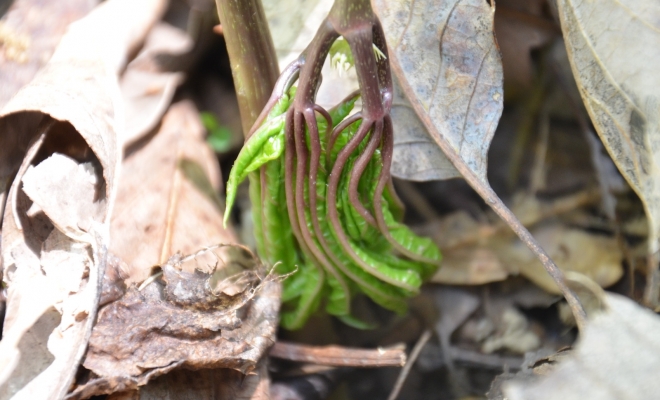 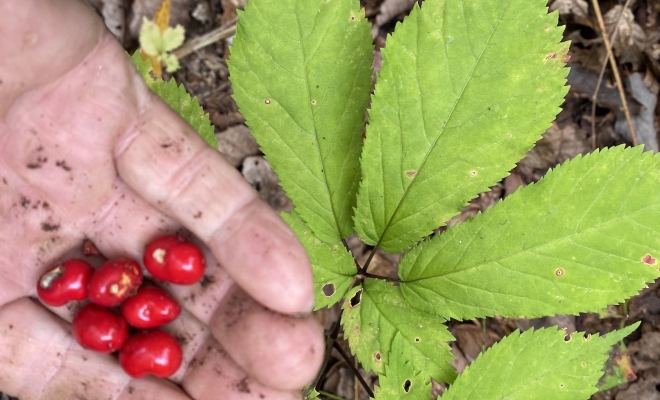