The species is called the Japanese bitter orange, or trifoliate orange, and it is the hardiest close relative of Citrus. A native of China and Korea, it is a deciduous shrub armed with serious spines and can survive to as low as -20C (-5F).

Trifoliate Orange, Poncirus trifoliata (syn. Citrus trifoliata), is a member of the family Rutaceae, closely related to Citrus, and sometimes included in that genus, being sufficiently closely related to allow it to be used as a rootstock for Citrus. It differs from Citrus in having deciduous, compound leaves, and pubescent (downy) fruit.

It is native to northern China and Korea, and is also known as the Chinese Bitter Orange.

The plant is fairly hardy (USDA zone 5) and will tolerate moderate frost and snow, making a large shrub or small tree 4–8 m tall. Because of the relative hardiness of Poncirus, citrus grafted onto it are usually hardier than when grown on their own roots.

Poncirus trifoliata is recognizable by the large 3–5 cm thorns on the shoots, and its deciduous leaves with three (or rarely, five) leaflets, typically with the middle leaflet 3–5 cm long, and the two side leaflets 2–3 cm long. The flowers are white, with pink stamens, 3–5 cm in diameter, larger than those of true citrus but otherwise closely resembling them, except that the scent is much less pronounced than with true citrus. As with true citrus, the leaves give off a spicy smell when crushed.

The fruits are green, ripening to yellow, and 3–4 cm in diameter, resembling a small orange, but with a finely downy surface. They are very bitter, are not edible fresh, but can be made into marmalade, and when dried and powdered, they can be used as a condiment. 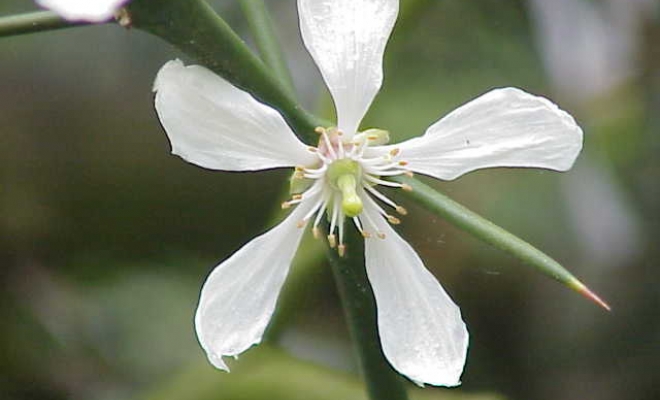 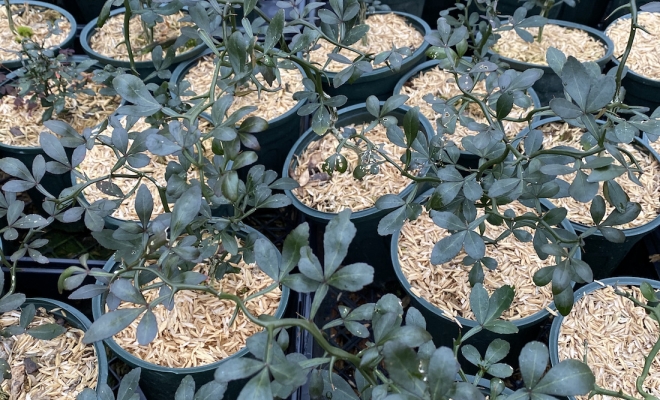