Veratrum viride, known as Indian poke, corn-lily, Indian hellebore, false hellebore, green false hellebore, or giant false-helleborine, is a native to eastern and western (but not central) North America. It is strikingly beautiful in the moist garden, yet seldom used. While we are propagating ours we have only a few very large, botanic garden quality plants available.

In eastern North America, var. viride occurs from southwestern Labrador and southern Quebec south to northern Georgia (highland areas). In the west, var. eschscholzianum occurs from Alaska and Northwest Territory south through Yukon, British Columbia, Alberta, Washington, Idaho, Montana, and Oregon to northwestern California (Del Norte, Siskiyou, Trinity, and Humboldt Counties).  It emerges with a dense pubescence on the outside parts of the leaves.

The plant is toxic. Traditionally, it was used in small quantities orally as a medicine for pain. Roots were used dried to topically treat bruises, sprains and fractures. Oddly, once the plant experiences a freeze and dies back, the toxins decrease and animals can eat remaining parts without trouble. Roots were harvested in fall after a freeze when they are less dangerous. A decoction was part of a treatment for chronic cough and constipation. Chewing small parts of the root helped stomach pain. There are no current modern uses for the plant, although it contains alkaloids that may have the potential to treat high blood pressure and rapid heart rate. Fibers from the stems were used to make fabric. The ground dried root has effective pesticide properties. First Nations people were also growing green false hellebore to grind the root and use as laundry soap. Today, however, it is just another of the wild wonders in this great land of ours and should be enjoyed for its beauty and magnificent stature. 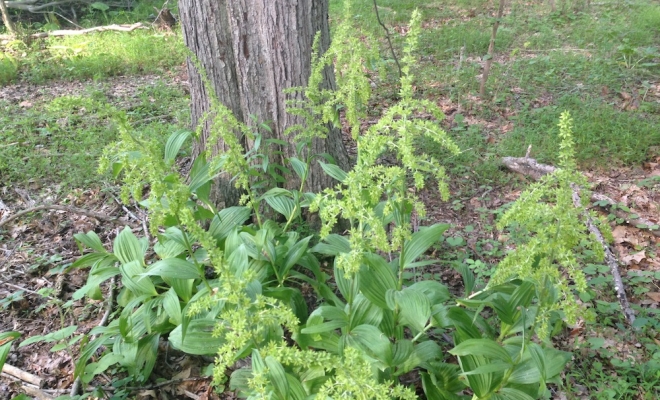 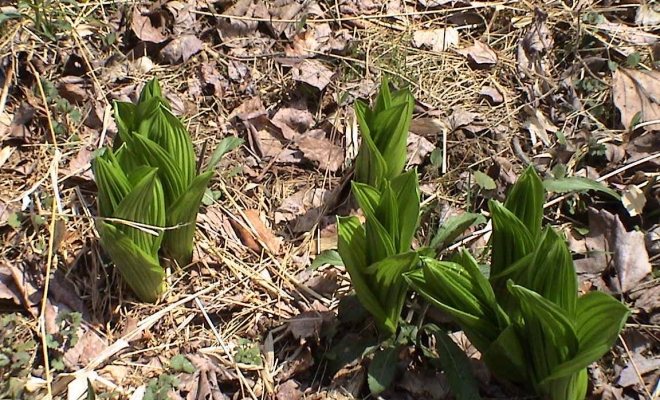 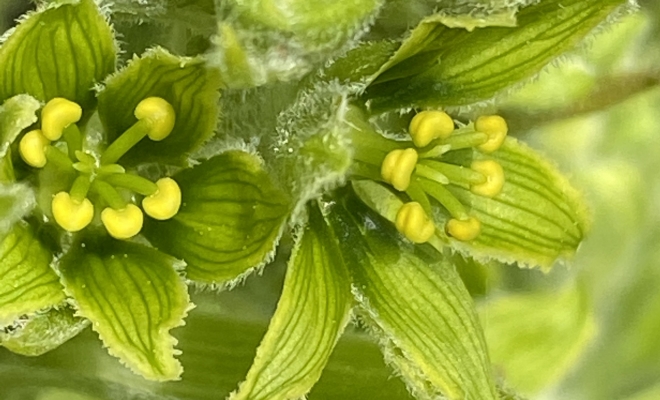